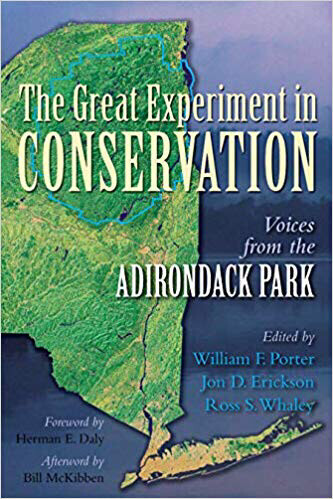 The Great Experiment In Conservation - Voices From The Adirondack Park

SKU 00068
$45.00
In stock
1
Product Details
The Adirondack region of New York State is, in many respects, America’s cauldron of conservation. It was there, more than a century ago, that wanton exploitation of forests first aroused concern about human impact on the environment. It was there that Americans first began to set aside lands proclaimed as "forever wild." The establishment of the Adirondack Park created an immense landscape of 6 million acres composed of a mixture of public and private lands in nearly equal proportion. This unprecedented blend of human communities within wild lands makes the Adirondack Park perhaps one of the greatest case studies in conservation and development in U.S. history.