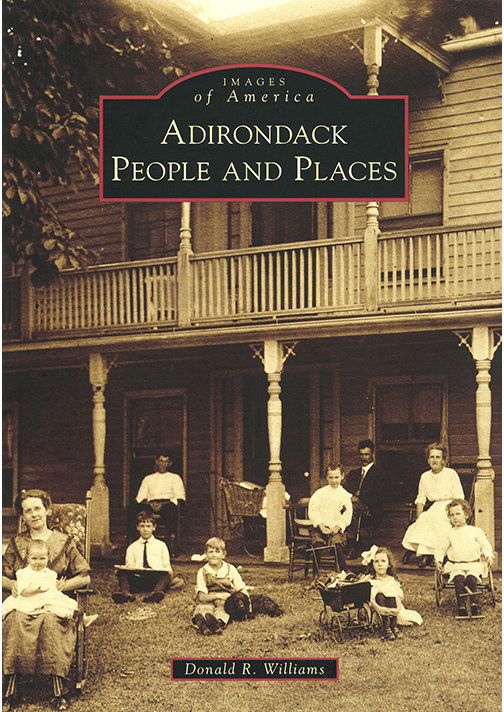 New York's mountainous Adirondack region, once considered foreboding and impassable, has evolved during the last three centuries into a desirable place for people to live and visit. Native Americans, trappers, hunters, and anglers first arrived to tap the wilderness resources offered by the Adirondack Mountains. Lumbermen, miners, and tannery workers settled the back woodlands to harvest the logs, dig the minerals, and collect the hemlock bark. Others came to clear trees and farm the land, and settlements soon dotted the landscape. The travelling public found the healthy, pure air and the beautiful mountains with miles of waterways a welcomed alternative to the hot, smoky cities. The tourist industry grew and flourished with hotels, cabins, cottages, summer homes, and wealthy estates spreading throughout the six million acres of Adirondack Park. Communities also continued to thrive as visitors found the area impossible to leave. Adirondack People and Places celebrates this mountainous country where the wilderness truly became a place for people.